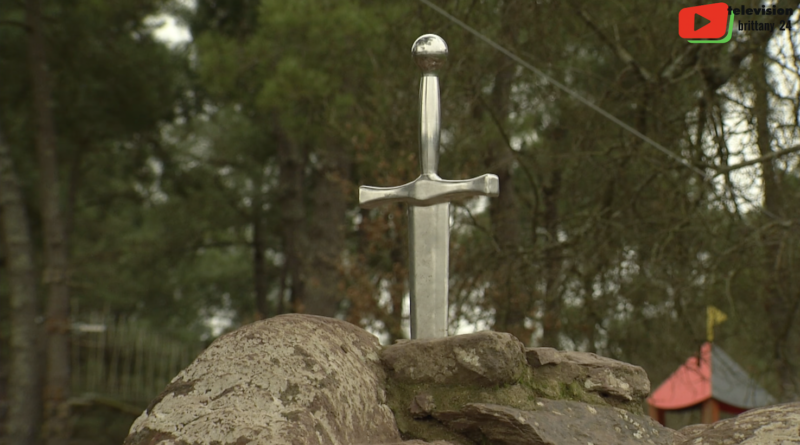 Iffendic / Brittany. The sword Excalibur and the lake of Trémelin in the forest of Brocéliande. Excalibur, King Arthur’s sword, is still the most popular symbol of the Arthurian tales. Embedded in the rock on the banks of Lake Tremelin, you can try your luck. According to some legends, Excalibur was forged by witches on Avalon employing magicks and spells that predate humanity.

To make Excalibur purer, the blacksmiths drew all the evil from it and imprisoned it within a second sword, Chaos the Doombringer. According to Merlin Demonspawn, Excalibur came into the possession of Grendel’s Mother, who stored it in her lair alongside other treasures; and during his battle with her, Beowulf took up the sword and used it to vanquish her. Armed with mighty Excalibur, King Arthur and his Knights of the Round Table bought many battles defending Camelot.