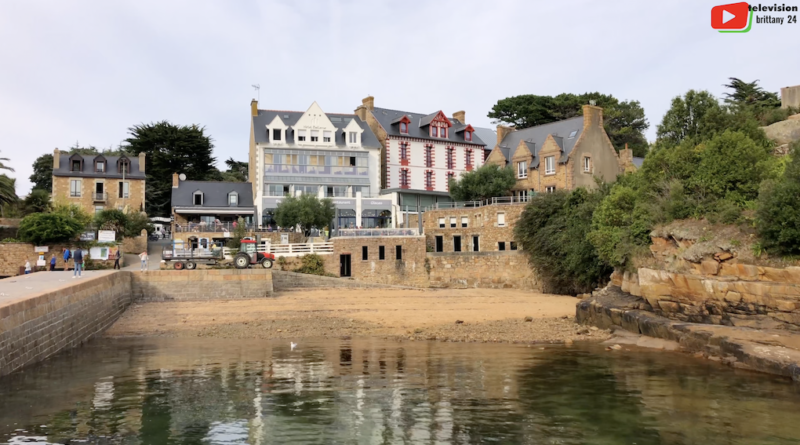 Brehat Island / Brittany. Situated on the northern coast of Brittany in the Cotes d’Armor department, the Ile de Bréhat is a small island affectionately known as the ‘Island of Flowers’ just off the coast from Paimpol.

The ferry to the island drops you off at Port Clos, an inlet on the southern edge of Ile de Brehat, surrounded by attractive villas and gardens that would look more at home in the south of France than on an island off northern Brittany.
The coast line around Ile de Bréhat is especially varied, with small ports and beaches giving way to dramatic red cliffs and jagged islands jutting out of the sea, and many lovely views along the coast and across to the small neighbouring islands.

The nearby Chapel Saint-Michel is especially notable for the views from the chapel, which stands relatively high on a small hill – although high on Ile de Bréhat is only 26 metres altitude.
The northern island is predominantly a landscape of heather and gorse landscape, while the southern island is more Mediterranean in character, with exotic plants able to grow here because of the warm micro-climate on the island – you will see many plants and flowers such as yuccas and mimosas.

The year-round population of Ile de Brehat is around 400-450, in the summer it is 5,000. There are 2 lighthouses on the island. Paon in the northeast and Rosédo in the northwest.
A tour of the island can be made by bicycle or on foot – the southern island is the most easily accessible. Even walking doesn’t take too long, perhaps two-three hours to complete the walk around the island.