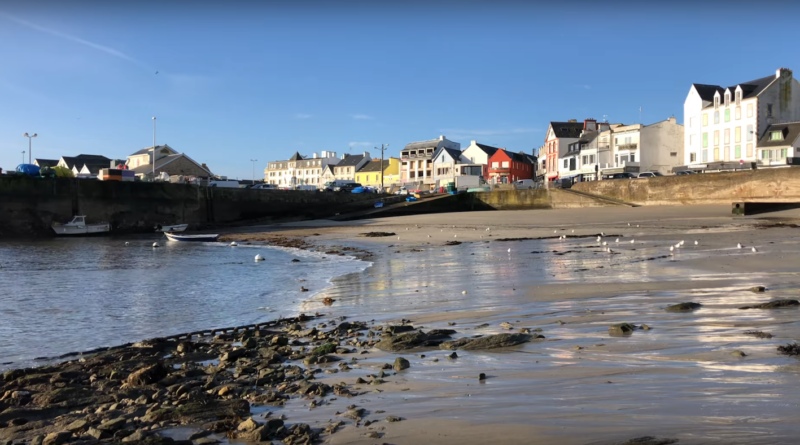 Quiberon / Brittany – France / Quiberon Sea and Sun. The tip of the peninsula and the east coast are the realm of sandy beaches, water sports, surfing spots and sea water therapy: the thalassotherapy centre opened by Louison Bobet is a great place to recharge your batteries in a haven of peace and well-being. An emblematic site on the Quiberon Peninsula, Turpault Castle, an Anglo-medieval manor, marks the start of the wild coastline that runs all the way to the Percho headland. This is the western face of the peninsula, and is more exposed to the wind, with its impressive jagged cliffs, a clear view of Belle-Île, and the superb spectacle of the waves and the sea. Please note, swimming is not allowed.