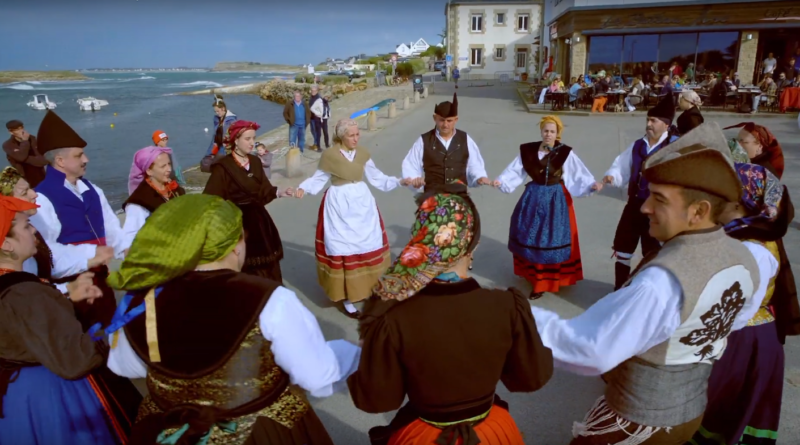 Quiberon / Brittany – France / 5th edition of the Peninsula Festival Breizh with bagadoù Celtic circles, on the Quiberon peninsula , Hoedic and Belle-ile-en-Mer. 800 musicians and dancers. Quiberon is located in the department of Morbihan and region Bretagne.